Marvell Technology to Pay $1.2 Billion After Being Found Guilty of Patent Infringement 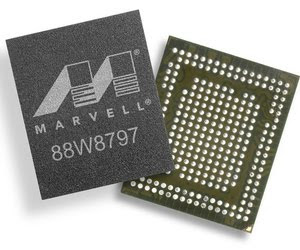 Technology giant Marvell Technology has been found guilty of patent infringement and ordered to pay $1.2 billion to Carnegie Mellon University.

The verdict was announced on Wednesday in the U.S. District Court for the Western District of Pennsylvania in Pittsburgh. The jury for the case found that Marvell's actions were deliberate and willful.

Such a ruling allows U.S. District Judge Nora Barry Fischer, who oversaw the case, to increase the penalty up to three times the original amount should the judge feel such action necessary.

After news of the verdict spread Marvell's stock fell dramatically as investors worried that more lawsuits could be forthcoming along with additional fines.

The lawsuit, brought on by Carnegie Mellon University, specifically dealt with patents related to newly developed processes that filter out interference allowing for data to be read faster and more accurately on hard-disk drive circuits that extrapolate data from high-speed magnetic disks, according to reports from Investors.com.

The university, which is located in Pittsburgh, first filed the lawsuit against Marvell over the technology company's illegal use of two patents, issued in 2001 and 2002 respectively that filter out unnecessary electrical interference. The university had charged the chipmaker that at least nine patents were used illegally, but the jury found the company was willfully negligent in commandeering only two such patents.

Santa Clara, Calif.-based Marvell has yet to issue a statement regarding the verdict and possible appeals that could be filed.

"We are gratified by the jury's unanimous verdict. This case deals with fundamental technology for increasing the accuracy with which hard-disk drive circuits read data from high-speed magnetic disks," Ken Walters, a spokesman for Carnegie Mellon University has said, according to Bloomberg.

"We take special pride in this trial victory," he read in a statement.