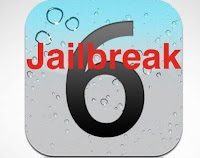 In a post on reddit this evening, under the subreddit "jailbreak", iPhone Dev team member and contributing member of the iPhone Dream Team, @planetbeing posted the hopeful news that, those who doubt an iOS 6 untethered jailbreak for iPhone 5, 4S, iPad 2 or other non-jailbroken device will emerge are sorely mistaken. In fact, he confirmed that not only is the work on the jailbreak for iOS 6 alive and well, but he already has a working iOS 6.0.2 untethered jailbreak on his white iPhone 5 we saw showcased in the latter part of 2012 with the first proof that a jailbreak for iOS 6 was possible and, indeed, a release date was on its way:

"FTR: I help make IntelliScreenX and the scammer on the App Store is ripping off both us and App Store customers twitter.com/planetbeing/st... BTW, you won't find any of the fake JBs showing tweaks running. :P"


Though it's been nearly two month's since this photo was tweeted, and many have wondered hat the staus was on his work, here is what @planetbeing's post on reddit this evening revealed:

"Yeah, I'm not really sure what all the doom and gloom is about. The fact is, I have an untethered iOS 6.0.2 JB running on my iPhone 5 right now."

Seeing this post seemed to make perfect sense as over te weeken while attending a hacking convention in Hamburg, @planebeing tweeted this message concerning iOS 6.0.2

"By the way, the only productive thing I did yesterday jetlagged was to figure out there was no major kernel changes in 6.0.2."

In his post on reddit, @planetbeing then went on to explain why the iOS 6.0.2 untethered jailbreak had not been released to the public:

"The reasons it's not released are because:

1.)  Releasing it would burn an exploit we want to save for ourselves so we can always get in to look at new firmware and help JB in the future

2.)  iOS 6.1 is coming very soon and will likely break a small part of it anyway, there's no point in sacrificing the many bugs it won't break.

Anyway, where there are 4+ bugs (that it took to get this to work), there's gotta be one or two more so while jailbreaking is getting harder, reports of its death are highly exaggerated."

This post seemed to come just in time as over the last week ios 6 jailbreak hopefuls from around the globe have found themselves riding quite an emotional roller coaster, with a number of unexpected highs and lows along the way.

After having their faith tested numerous times by the heckling Twitter posts of hacker and former jailbreak developer Steffan Essler, even the most faithful of followers at times admitted the future of jailbreaking was looking somewhat grim.

However, amidst all the scoffing and doubts, we did see one ray of hope begin to shed its light--though at times some were uncertain if the path the light revealed was the one they had signed up for. This came in the form of @pod2g's sudden reemergence onto the jailbreak scene, bringing with him a message for Apple and later, a promise to return to work on an iOS 6 untethered jailbreak for iPhone 5, 4s, iPad Mini and other non-jailbroken devices.

For many of you who have been following, you know pod2g and the other developers for that matter, have long held a silent or not so silent  message for Apple: Open your system and allow customization of products purchased.

On Thursday, @pod2g logged on to Twitter, launching an unplanned Call To Action for Apple in the form of Twitter hashtag #weWantAnOpeniOS to which thousand responded, and within an hour or two, the hashtag began to trend worldwide.

Amid the message to Apple to extend its SDK an allow individuals the freedom they seek with jailbreaking--not to pirate materials but rather the ability to customize the devices they have purchased from Apple--some scoffers felt this was @pod2g's way of telling us he, and other members of the jailbreak development community, had thrown in the towel on producing an jailbreak for iOS 6.

Seeing these taunts and doubts arising, @pod2g then revealed that, though his earnest wish was for a more open iOS, the future of jailbreaking was not over and neither was his work there:

"I read some comments on the internet today saying that if I started #weWantAnOpenIOS it is because we can't jailbreak iOS 6 and Apple won. This is false in many ways. Firstly, the jailbreak is being developed in the underground, and is just not ready for a public release. Secondly, it's not the jailbreaker that talked with this message, as I am not involved in security research for some months now, working on my application and other projects. If the only possible way to [get] #weWantAnOpenIOS is the jailbreak, it'll happen. It is not the end!"

This message, it seemed, paved the path for the message @planetbeing sent us just hours later concerning his working tethered iOS 6.0.2 jailbreak.

Though it is clear that both @planetbeing, pod2g and perhaps others are working on an IOS 6 untethered jailbreak for iPhone 5, one important thing to bear in mind is, our wait is not yet over. As we know, Apples iOS 6.1 beta 4 was released in the latter half of December and is not set to expire until January 28th. In addition, Essler estimates the goldenmaster or final developer review edition of iOS 6.1 will likely show itself in this month, paving the way for the public release within the next month or two.

If we read @planetbeing's meaning correctly, it is unlikely the untethered jailbreak for iOS 6, 6.01 or 6.02 will be released, but rather the release date we should be looking for is iOS 6.1

Add to this the fact that, when I spoke with pod2g today, he informed me that he and @planetbeing were still working together, but that he would not be able to actively invest his part in the work for at least a couple more weeks.

"I would say at the end of January. But I am not sure!"  is the estimate he gave to me today.

As we know, pod2g has of late been working on some new projects--one being the development of a new app for iOS which is in the approval process with Apple at this time. I will soon be posting further interview material explaining more about the new paths @pod2g is carving for himself alongside the well-worn jailbreak path.

In the meantime, as has come become my closing mantra,