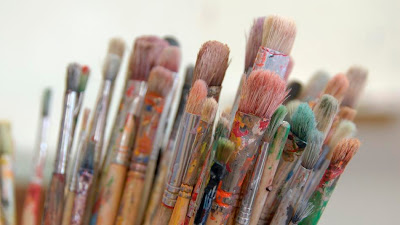 Nearly 1,300 art organizations said the Internet has played a major role in today's art world -- from expanding audiences, finding new artists and art appreciators, and even broadening the definition of art itself.

The study was conducted by Pew Research Centers Internet & American Life Project. The organizations surveyed have all received funds from the National Endowment for the Arts (NEA) in recent years.

Seventy-seven percent of respondents agreed with the statement that the Internet has "played a major role in broadening the boundaries of what it considered art."

All participants in the study are kept anonymous, but Pew was able to share their stories of how social media has helped their cause.

A museum in a major city said it does in-museum scavenger hunts in which clues are sent out via Twitter. Participants follow those clues to a specific work of art from the museum's permanent collection. A theater group said it created Facebook profiles for the two main characters of "As You Like It." The characters toured high schools and told the story of the play through status updates in modern language. An opera company held a YouTube contest called, "Why you should get free tickets?" a few years ago. They only received a handful of entries, but did get a lot of press for the idea.
Dipublikasikan oleh batlax.com pada pukul 8:40 PM